Greetings to followers and fans of You Belong! This is an update from Luna, the project lead.

I hope everyone is staying safe in these dark times. Don't forget to take care of your mental health, the world is
in chaos right now!

I have a few things to share about new programs and tech as well as an update to our funding and overall progress.

I have finished modelling the interior for Cafe LePreux!

We have shifted the focus on the smaller scale maps so that we can stay a bit more consistent with our updates.
This environment took around a month to model from scratch, texture and set up in Unity. 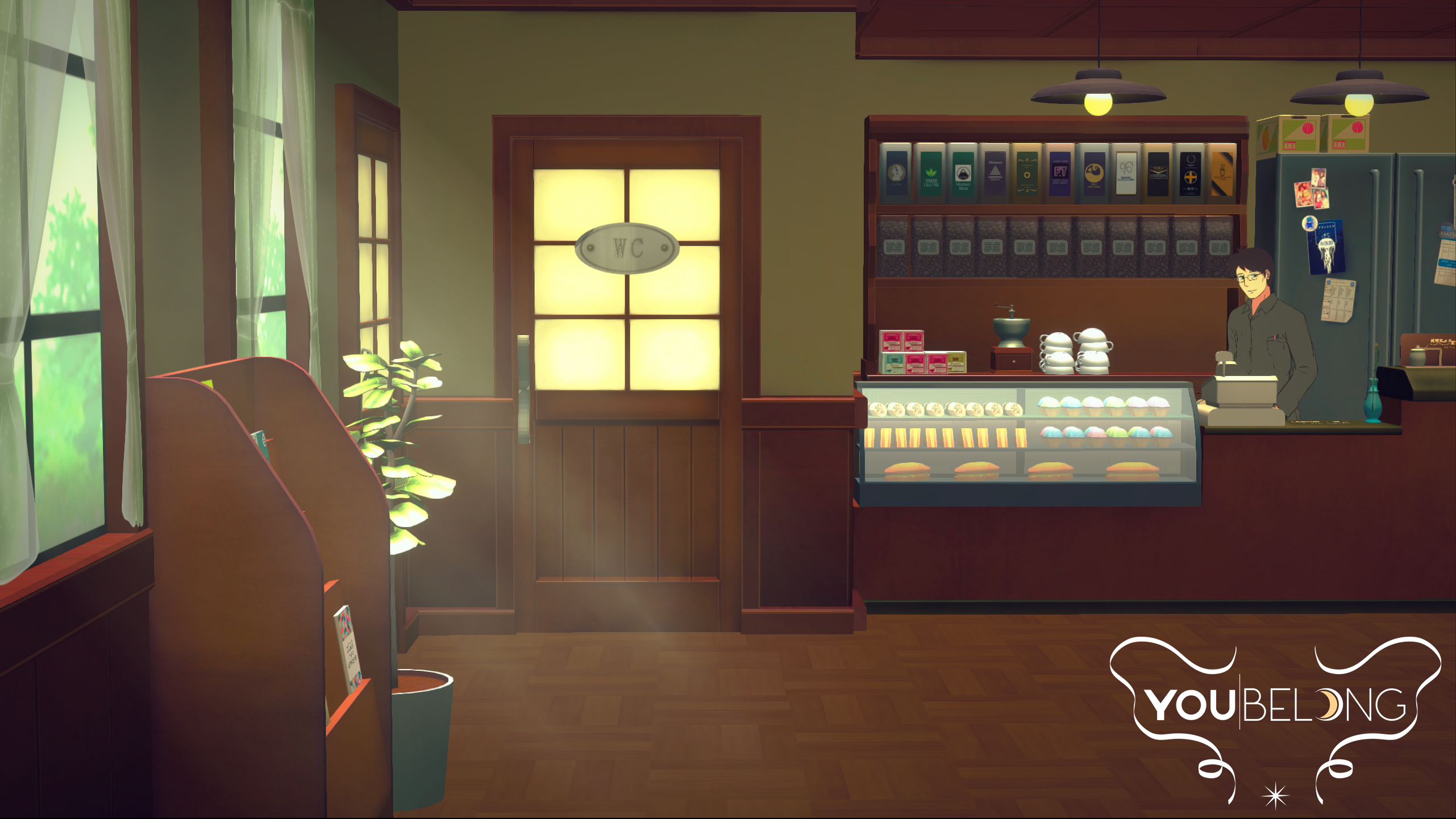 I think the most fun I had during this environment was creating the photos on the wall above the piano! In an earlier version, I was using photos from my childhood and old graphics our graphic designer created back in university. However,  people were saying how jarring it was to see realistic people in a kind of anime themed game. So one afternoon, I decided to do some quick paintovers.

Here was the proof of concept trailer we submitted. It has a few things like the UI animations etc.

Back in April, Screen Queensland opened up applications for game devs seeking financial support for their projects.  We reached the final stage of short listed applicants but we fell a bit short in favour of projects that were a bit further along in terms of development. We then received a phone call from a Screen Queensland representative telling us how they were interested and how they'd like to stay in touch!

So reaching that stage was already more than enough validation and we got so much motivation from it.

I'm happy to say that we have more people joining our public Discord. It's nice to be able to talk to people; it's a great motivation!

Let us hear your thoughts or just come to hang out~!